Engineers at the United States Bureau of Reclamation had many design options when it came to the task of controlling these reservoirs from overflowing. Essentially they needed a drain, and a common design utilized was the inverted bell spillway. This design allows for the level of the lake to control itself, without the need of human oversight to run a gate or valve. Whiskeytown is not the only reservoir in Northern California to utilize this ominous looking inverted bell style drain for overflow protection, Trinity and Lake Almanor also make use of this style. But what makes it really interesting is Whiskeytown lake, along with another Northern-California man made lake, are in the top 5 of the largest drains in the world! Just a short drive south to Lake Berryessa outside of Napa, at the Monticello Dam, you can view the worlds biggest drain. 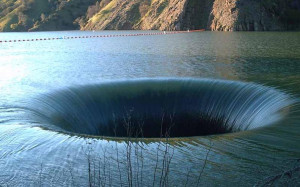 The Monticello Dam was constructed between 1953 and 1957, and impounded Putah Creek, creating what we know now as Lake Berryessa. The inverted spillway, or “morning glory” is considered to be the largest drain in the world, with an opening of 72 feet, and an outlet of 28 feet. When the reservoir is at capacity, the “morning glory” spillway can empty up to 362,000 gallons of water per second! 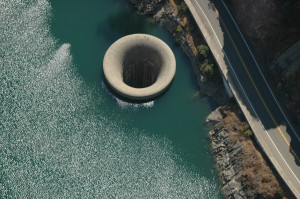 These reservoirs, which provide us with much needed flood control, electricity generation, and water for irrigation, also give us a second added benefit: recreation. Whiskeytown Lake offers an immense amount of outdoor recreation, including boating, fishing, water skiing, and swimming, and the beautiful surrounding wilderness is great for camping and hiking. So get out there and enjoy what this modern marvel of plumbing and engineering has created! 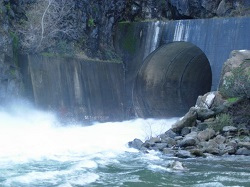 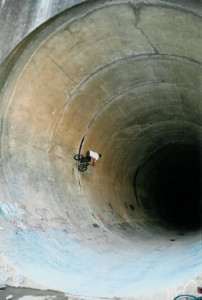 What people are saying about Earl's Plumbing On Facebook